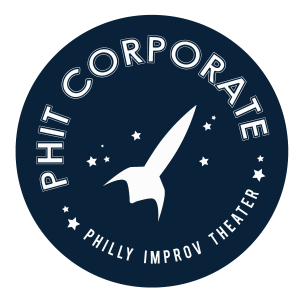 5 Things That Happen When You Say “Yes”

NO is a powerful word in business. It usually marks the end of a conversation, idea, or pitch, and leaves both parties with little direction.

Improv comedy relies on agreement. We teach our performers that saying “Yes and…” rather than “No” allows them to explore an idea rather than put up a road block. Agreement gives all parties a chance to move forward and better reach their destination collaboratively.

That doesn’t mean mindlessly agreeing to every idea that comes across your desk. Here are 5 key things that occur after you say “Yes”:

PHIT Corporate has been using the concept of saying “Yes” as a core part of our applied improvisation teaching for over a decade and we’ve seen first-hand the results this shift in thinking can have for teams – in the way they communicate, the way they brainstorm, and the way they work together. Almost every workshop we run spends at least a little time talking about “Yes, and…” because it is a foundation of everything else we do.

“Agreement is about getting on the same page as the idea: Where did it come from and what problem is trying to address? Approaching from that angle often leads to the most productive conversation,” says PHIT Corporate Facilitator David Donnella. “The important thing is to agree to the parameters that created the idea, and to try and understand the context. Without accepting that we’ve reached this point, we can never really explore what the moment itself means to us and we certainly can’t move forward.”

To see how David and the other facilitators can help your team, department, or entire office harness the power of yes to change the way you work, reach out to us and let’s collaborate together on a workshop!